Angela Swann-Cronin (Ngāti Porou, Rongowhakaata) is the first, and still the only, wahine Māori to become a pilot in the Royal NZ Airforce. A title she has held since 1999.

Her career has gone from working in the military, to becoming a pilot with a regional commercial carrier, celebrating a few seaplane and skydive flying experiences in between.

The māmā of two who has whakapapa to the East Coast, was born and raised in Rotorua, and although she spent much of her life travelling the world, she is happy to now be settled back there in a unique whare, made from straw, yes, straw.

In this episode we talk about being a wahine in a male dominated industry, about the highlights, and challenges she faced in 13 years of military service and, Angela tells us all about that straw house.

*Big mihi to the Museum of Transport and Technology (MOTAT) for allowing us to shoot these images in their Aviation Display Hall.

Don’t want to miss the next podcast and image series? Sign up to our newsletter and we will deliver the link direct to your inbox. You can also subscribe on Spotify and iTunes (Apple Podcasts), just search for ‘NUKU’. 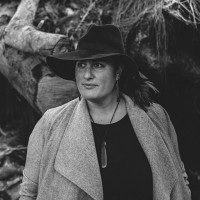